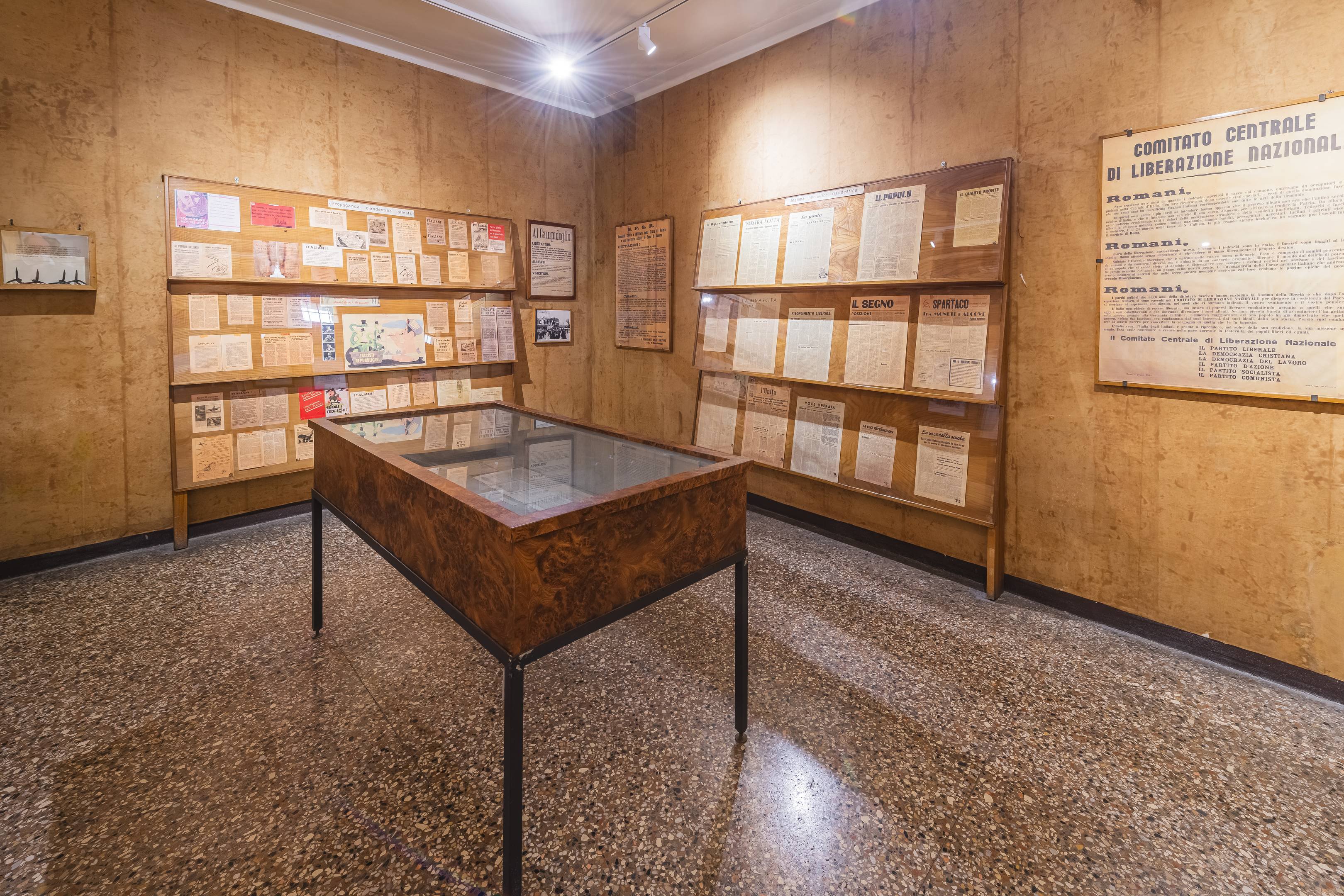 Despite different political ideas and different ways of viewing the struggle, the propaganda of the Resistance was united by one goal: to fight the nazis and fascists and remove them from Italy. The newspapers of the Resistance in Rome served to spread ideas and inform the local population. There were party news sheets such as “Avanti”, “L'Action”, “Bandiera rossa”, “Italia libera”, “Il Popolo”, “Risorgimento liberale”, “L'unitá”, “Voce operaia”, “La Voce repubblicana”, as well as student sheets such as “Nostra lotta”, and papers created by social groups. One of the newspapers on display is called “Spartacus", a fake Nazi sheet designed to confuse the local population. The deception is revealed in a few details. The name for example: Spartacus, a gladiator slave fighting against the Romans belongs to the anarchist-republican rather than communist tradition. The hammer and sickle are drawn the wrong way round, then there is the use of two colours (red and black) that no underground group would use: the use of colour requires money and time, two things not available to those in the Resistance.

Sheets were aimed at young people, trying to persuade them not to obey conscription orders, and at mothers, to get them to prevent their children from enlisting.

As soon as you enter the cell, you can see on the left a  chiodi a quattro punte  small case containing four-pointed nails*1 used to block German armoured vehicles (civil resistance or unarmed struggle). On the back wall, to the right, there is a photo of a portrait of Ignazio Vian, officer and partisan in the province of Cuneo, who was arrested and killed. A showcase contains a piece of bread on which the phrase “courage mum” is etched, with the name of Vian's father and brothers written on the back. In the walled-up window space there is a blown-up photo of the US Army arriving on the via Prenestina.
In the center of the cell there is a showcase displaying a helmet of the PAI (Italian police in Africa) that was used in Rome. Next to it are sheets and open book pages referring to the production of false documents by various underground Resistance groups. There are also stamps used to create fake documents.

Four-pointed nails, already used in World War One, were thrown onto the city's main roads to sabotage the occupying forces and hinder their movements. They were made in large quantities by a Trastevere blacksmith, Enrico Ferola. Following a tip-off, on 19 March 1944 Ferola was arrested by the Koch gang, tortured and, on 24 March, executed at Fosse Ardeatine.